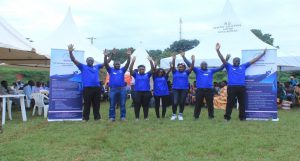 “Supported by Winds of Hope, Mother Mary Cancer Care has been in existence since 2016 providing palliative, holistic, counselling and awareness to the community in Uganda about cancer and HIV/AIDS.

This month in March the organisation has been creating awareness and screening in Mpigi district. 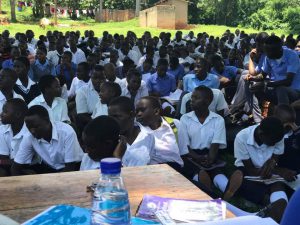 Amongst the activities carried out in Mpigi included awareness and talk shows about Cancer and HIV/AIDS in secondary schools and tertiary in Mpigi.

The group has been involving young people who came out and declared to be HIV/AIDS positive to talk to the young adults and also cancer survivors.

We concluded with a medical camp where we were overwhelmed by the numbers over 800 people turned up to be screened and tested for HIV/AIDS. We had lots of cases which have been referred to Mulago cancer institute and Nsambya Rotary cancer ward. Bse of the big turn we could not attend to all but managed lots of cases. We realise that there’s a lot of HIV cases in youth which really needs attention. 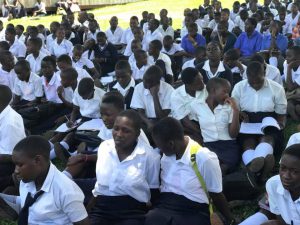 There’s a lot needed to be done in Mpigi”

Cancer in Uganda and Africa

Cancer is a long term and a complex disease. In developing countries, inadequate access to effective screening for cervical cancer often contributes to the high morbidity and mortality caused by the disease. Each year 12.7 million people discover they have cancer and 7.6 million people die from the disease. However, evidence shows that 30 – 40 percent of these deaths can be prevented, and one-third can be cured through early diagnosis and treatment. The largest burden of this falls mostly on underserved populations in rural areas, where health care access is characterized by transport challenges, ill equipped health facilities, and lack of information access (Ndejjo R, Mukama T, Musabyimaana, Musoke D, 2016). 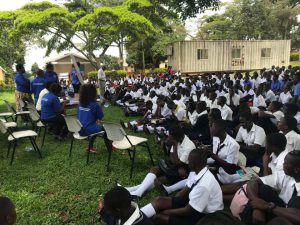 Cancer is a growing health problem in Uganda and in Africa. The prevalence of cervical cancer screening is very low in rural Uganda. Cancers in Uganda, as many other developing countries, are related to infection. Close to 40% of Cancers are infection related cancers such as Cancer of the cervix, cancer of the liver, Kaposi Sarcoma (cancer of the skin), Cancer of the head and neck, Lymphomas, Burkitt’s Lymphoma and we also suspect some of the Leukaemias being caused by infection.

In Uganda, between 4,500-6, 000 new Cancer cases every year are identified by the Uganda Cancer Institute. For the patients who are already receiving treatment from the Uganda Cancer Institute, have reached the mark of over 48,000 visits per year. Interventions to increase uptake of cervical cancer screening should be implemented so as to improve access to the service in rural areas (Freeman E, Seemeere A, Wenger M, et al, 2016). Cancer affects any part of the body and there are different types of cancers due to different risk factors. Cancer can affect anybody, but this is influenced by one’s behaviour, and/or exposure to risky conditions/environment. Although, cancer is a serious health problem leading to suffering and death it can be prevented and controlled if detected early (WHO, 2009). Cancer is a chronic disease in which body cells grow abnormally (proliferate) and spread out of control to other parts of body. Cancer begins in human cells, which are the building blocks of the body. Most cancers are named for where they start. For example, lung cancer starts in the lung, and breast cancer starts in the breast to mention but a few ( WHO, 2009). 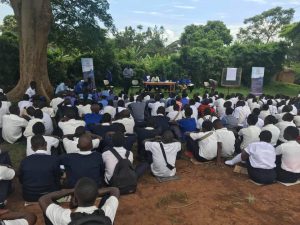 Forums with students and young people were held on a number of important issues, including Cancer; diabetes; HIV/AIDs and their causes, risky behaviors being practiced; referral systems and measures of reducing them in our communities.